Head over to stasiawardkehoe.com to catch up on everything reading, writing, and raising boys. 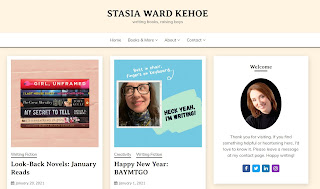 Find my latest post over here!
Posted by Stasia at 6:59 PM 0 comments

I've decided to merge "Writer on the Side" with my Author Website. Henceforth, the main page of my author site will be the home of my blog posts. Until I've managed to move the archives, this site will stay up as a resource for book reviews and other old content. But there's going to be lots of FRESH, NEW FUN over at www.stasiawardkehoe.com, so...

Oppressive Regimes in YA Literature

We could all write papers on commonalities shared by the "governments" depicted in these series: 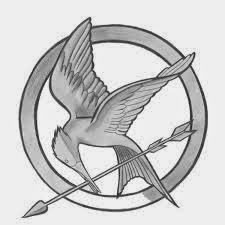 They all practice deception and manipulation of the populace. They all divide citizens into castes of some type, each receiving entitlements or suffering inhuman burdens. They all exist in the context of some type of post-war or post-apocalyptic earth. They are all, ultimately, something to resist, to decry, to fight.

That's the short-form and I'm sure you could create a longer, more detailed list of similarities. You might also add more series titles, perhaps THE MAZE RUNNER or ENDER'S GAME, to fit into this category. But, what I want to discuss (to wonder) here is...

WHY DOES THE NOTION OF A TEEN EXPOSING AND ESCAPING THE CLUTCHES OF A TOTALITARIAN REGIME STRIKE A CHORD WITH THE YA-READING POPULATION?

Is this phenomenon similar to the "orphan" motif in kidlit? From Oliver Twist to Anne of Green Gables, and from Jane Eyre to Harry Potter, taking away the "security blanket" of parents gives young protagonists both vulnerability and a unique and appealing sense of agency. Is an external oppressor, such as a terrible regime, just a different way to create a similarly disenfranchised yet compellingly independent main character while also letting them have siblings or parents about whom they can care?

Or is the repressive regime an indicator of something else happening in our actual world culture? Like the workhouses and abusive guardians of kidlit yore which, although extreme, might have been somehow feasible to readers of past centuries, perhaps today's YA consumers see elements of totalitarianism all around them. Suzanne Collins cited reality television as one of her inspirations for her stories of Katniss Everdeen. Marie Lu published the first LEGEND title in the wake of the 2009 H1N1 pandemic, WikiLeaks, the massive Haitian earthquake of 2010, and the repeal of "Don't Ask, Don't Tell"--all situations in which the actions of those in power, including their actions with respect to when and how they informed the public, were under constant scrutiny.

We might even stretch this thesis to incorporate the sub-category of government interference in love relationships in series such as Allie Condie's MATCHED, Lauren Oliver's DELIRIUM and Kira Cass's THE SELECTION. Do sites like eHarmony and, actually, Match, make people feel more hopeful or more vulnerable about love and the possibility that it can be explained by algorithm?

Today, as situations like the tragic events in Ferguson and the assassination of two police officers in Brooklyn fill our media feeds, is it any wonder that the literature being read by the Twitter and Instagram generation features a frightening subtext of "who can we trust"? The fictional "near-future" of DIVERGENT seems plausible to them and Tris's questioning of authority feels just and heroic.

I began writing this post after finishing reading Legend and while writing a contemporary YA manuscript which, like my previous books, does not contain dystopian or futuristic elements. I was wondering whether I was being stubborn by refusing to write in the spirit of our current zeitgeist. To this question, I still do not have an answer. Perhaps the truth is that I don't like looking at or world as a place where even democracies hover on the brink of becoming something less free.

Is that what you see?