I've been blogging pretty darn consistently for a long time now.  Here are my stats: 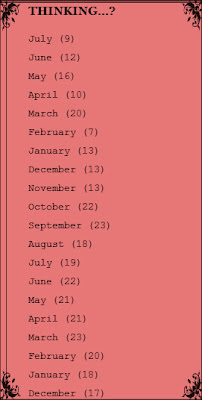 And it's frustrating to see that my summer numbers are pathetic.  Worse still, my usually heathly queue of pre-written book reviews and back-to-business posts is empty!  Despite all the recent articles about the demise of social media, the tragic time-spent-to-positive-connections-made statistics, and so on, I actually enjoy blogging--enjoy keeping a sort of ongoing public journal of my writer life and staying connected to my fellow writers at all stages of this crazy game.

BUT...I've got five freelance writing projects PLUS a proposal in the works PLUS four kids in-and-out with summer activities and something has just gotta give.  Sigh.  It's gonna be the blog.  Not forever.  Just until school starts again and I knock a few of these jobs off my plate.  Meanwhile, I'll keep posting once-a-weekish and hope you won't give up on me.

Anybody else feeling "bloggone overwhelmed" by summer?  Want to weigh in on the current health of social media?  Have any good summer wines to reccommend?  May not be posting but could sure use some good advice!
Posted by Stasia at 4:06 AM 2 comments

The amazing gals from the blogs FIKTSHUN and TWO CHICKS ON BOOKS are hosting a month of amazingness called "Authors are Rockstars." I am so excited to be participating.  You'll find me guest posting over at Dizneeee's World of Books this Thursday, August 2. CLICK HERE or below to find out all of the amazing authors and bloggers who'll be rockinn' next month!

On writing to trends... 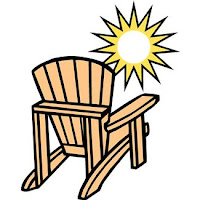 I've got to admit I'm having a bit of trouble settling back into the writing life after my whirlwind vacation.  It's probably a combination of the freelance job backlog, the actual pleasure I'm taking in cooking and cleaning and organizing the family life, and doing things like connecting with friends and going to see my kids perform in shows. And, oh yeah, the aforementioned kids are also AROUND more, making a far less quiet house.

Of course, anyone who has been in the publishing biz for even a little while knows that summer is a slow time in publishing in NYC, too.  ALA and SCBWI summer events aside, children's and YA book publishing has a bit of an academic calendar tempo.

1. Get inspired by a cool, new idea and FORCE yourself to slog through the first draft.
2. Participate in some great summer blog events at sites like Eve's Fan Garden and Fiktshun (also Two Chicks on Books) and of course, soak up a bit of knowledge at this summer's WriteOnCon.

What are your summer writing plans? Any tips for ducking that summer daze?
Posted by Stasia at 3:05 PM 2 comments

I took two weeks off from writing. YUP. Instead of writing, well, I rowed a boat down Venice's Grand Canal, drank bellinis with the hubs at Cafe Florian in the Piazza San Marco, climbed to the top of the Duomo in Florence, danced until dawn in a Venetian palazzo, kayaked across a glass-clear NH lake with my youngest son, rendez-vous-ed with dear childhood friends, played very bad tennis, read books that weren't written for the 11-25-year-old demographic, ate too many desserts... In short, I spent a couple of weeks just living.  It was awesome.  Now, back to work! 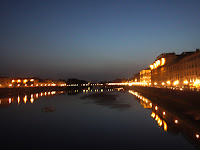 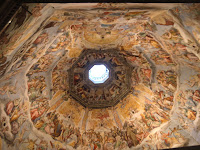 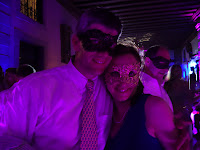 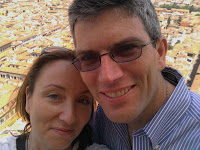 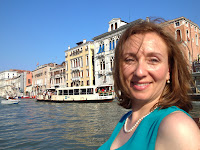 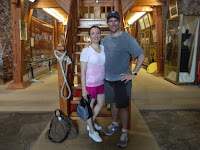 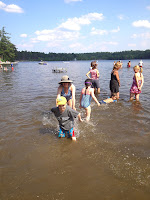 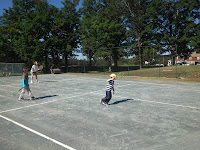 With apologies for the delay, here are the winners of the SURRENDER giveaway!

The query critique from Elana Johnson goes to DANCING BRANFLAKE!  And the copy of SURRENDER goes to  OLLY WARNER!

Congratulations to you both (I'll be contacting you via email shortly) and thanks to all who entered!

While you're clicking through the interwebs, check out this amazing Amazon Author Adventures page featuring the super-talented author of TORN, Stephanie Guerra.

These Amazon pages are so cool!  Here's a quick screen capture of Stephanie's: 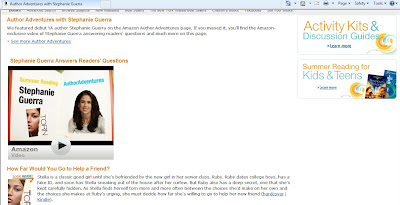 Have you enjoyed other Amazon Author Adventures? Have comments or questions? Want to complain about the weather? In the words of a certain television shrink, "I'm listening" (well, er, reading and commenting but whatever).

Happy Thursday!
Posted by Stasia at 4:06 AM 2 comments

After a whirlwind three weeks in Florence and Venice, Italy, and then lakeside in lovely New Hampshire. 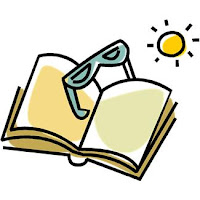 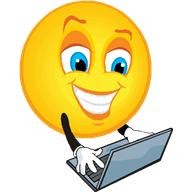 Last Monday, I shared a flashback post from four years ago.  It made me realize that it's been awhile since I posted about the marketing business. Recently, the power of the blog has been questioned as more and more writers, readers, agents and so on have hung out their "virtual shingle."  The blogosphere has gotten very full. Twitter's immediacy and simplicity has made it the go-to social media site for many. The Facebook IPO was, well, about as messy as its new "banner" topped interface.  And what's that Pinterest thingy?

If you thought for a second in time that you had a handle on social media and marketing, take a breath because everything will probably change by the time you exhale.  Still, I dutifully blog, engage in periodic Twitter frenzies, and less often pay attention to my Tumblr and Facebook accounts (though I wouldn't be offended if you wanted to click on over ;)

So, what's the conclusion here? Despite its evolving significance, social media has been my number one resource for connecting with fellow authors for friendship, for beta-reads and for forming LIVE, IN-PERSON author touring groups.  And, blogging helps me think through strategies and ideas about writing, reading and the book business in an organized and recordable way.  All good things.

Do I think my social media presence has sold any ACTUAL COPIES of AUDITION? Honestly, no.  But I do think that a certain amount of virtual awareness is important to launch a book properly into the world and, in addition to the benefits noted above, the value of "cyber buzz" for a book should not be discounted.

I'll admit there are downsides to social media.  The timesuck issue, of course.  The occasional decision to go on "build the follower base" quests that eat time and mess with your head. The conflict between sharing your publishing journey and being a pushy self-marketer. And, of course, the pressure to post even when you'd rather be out in the sun VACATIONING but you sit inside blogging because of the aforementioned downsides involving loss of followers and weird compulsions about commitment to "Mondays and Thursdays without fail."

Do you feel pressure to post?  Has your opinion of the point and power of blogging or other social media evolved?  Can I follow you on Twitter?  COMMENTS WELCOME!
Posted by Stasia at 4:06 AM 1 comments

Toes in sand...margarita neatly camouflaged in a "Hello Kitty" water bottle...Grandma on childminding duty...and the book in hand will be...?

As summer sneaks past its halfway mark, I'm taking a quick look back to me almost exactly four years ago.  I did not have an agent or a book in print.  I did have a not-yet-potty-trained two-year-old and a very amateurish blog habit.  Anyway, the post below is a trip down memory lane...

Freelance writing work has kept me from posting these four months. That, and the nagging question faced, I expect, by many experimenting with the blog: What's it all about? I have read some fabulous blogs, particularly those by editors and agents in my field. These sites are full of great information on writing queries, submission etiquette, and the wild and woolly machinations of the publishing biz. I have also read quite a few scary sites in which would-be writers bemoan their unsold manuscripts and decry those who seem to be standing in their way.

My own blog, which began as an attempt to explore the delicate balance between life and writing has seesawed between ruminations on the craft and a more personal timeline of my creative endeavors. While this does reflect my original intent, it seems to me as an increasingly educated student of the blog, it does not make for a great site. The best blogs teach, inspire, inform. Mine...not so much.

The upshot of all this is that, in those stolen moments between projects, I have spent some time reflecting on how to make Writer-on-the-Side one of those "best blogs." Do I have to wait until I am a published author--someone with the cache or authority to offer advice? Should I discuss, more narrowly, my experience as a writer of marketing materials for the publishing industry, my thoughts on education, literature and the sizzling question of "What is YA"?

I suppose I am in search of focus, direction, a solid sense of my identity as a blogger (sound rather like good attributes for fiction writing, too). For now I am left, a la Carrie Bradshaw, with a head full of pithy questions. The answers are more elusive.
Posted by Stasia at 4:06 AM 1 comments