Watching the storm coverage on CNN from the safety of Washington state has been heartbreaking. My beloved NYC dark and flooded. Friends and relatives without power. And so many up and down the east coast facing loss, suffering...

As a writer, I see the Sandy saga as a giant magnifying glass illuminating aspects of humanity, ethics and culture in our media age. 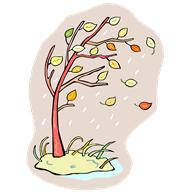 Wonderful:
Newark, NJ mayork Cory Booker's tweet that "Police have reported ZERO looting or crimes of opportunity in Newark. And ceaseless reports of acts of kindness abound everywhere #Gratitude" has been retweeted over 5,000 times

Horrible:
An "occupy Wall Street" movement member FALSELY tweeted that the floor of the NYSE was under 3 feet of water AND the 24-hour-news-cycle-greedy media actually REPORTED this as fact for quite some time. Also, generally, the way some reporters seem kind of gleeful about the magnitude of the devastation about which they are reporting (translate: career-building notch).

Wonderful:
Calling my NY-residing mother-in-law to learn she was happily ensconced in her home with some relatives escaping from lower-lying areas, has been in constant touch with her neighbors, and they were weathering the storm all together.

Horrible: (well, really just kind of ruefully funny):
My newly-engaged brother-in-law reporting to his mom (my aforementioned mother-in-law) that he had one flashlight but did not think of buying candles.

Surreal:
The way eighteen-months (ish) of brutal election coverage were summarily silenced by Sandy's waves, wind and snow. Listening to the myraid surmises as to how this will affect the election outcome. Personally (esp. since I have already mailed in my ballot) I am grateful for the media break and I hope that it helps all of America put this expensive, sound-bit-driven, celebrity-laden, complicated election year back into perspective.

Hoping you are safe, warm and with family or friends right now!
Posted by Stasia at 1:33 PM 0 comments

This week I had the pleasure of seeing the musical WICKED at the Paramount Theater in Seattle. I'll admit I was a cynic. I generally try to avoid those Justin Bieber, Twilight, Les Miserables frenzies. Not that I don't appreciate these phenomena, I just worry about the homogenization (sp?) of our culture when everyone chases on star, one story, one idea. I worry about the many other worthy artists and thinkers don't happen to capture the cultural zeitgeist and I try to seek out their work--their divergent points of view. I tend to loathe big Broadway spectacles (especially those movie-turned-musical disasters or shows with mediocre storylines that are really just excuses for linking together a bunch of songs from an era, by a rock band, etc.). And I don't really like big crowds. 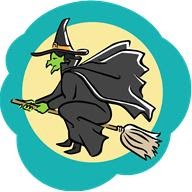 However, for a variety of reasons, I went to Wicked. It was wonderful. Nuanced, musically excited, over-too-soon. In the program notes, Stephen Schwartz said it took about four years to create the story but, as a writer, I know that means four years plus a lifetime of writing, composing, succeeding, failing, exploring, learning...The result, Wicked, is a story with neither wholly good nor intrinsically evil characters but people in challenging situations who find their courage, give their greatest gifts, when they realize not their potential but their limitations. I could go on. I won't.

Just, honestly, I wish Elphaba and Glinda--or people like them--were on the presidential ballot this year. People who were not afraid of their own vulnerabilities, of their unlikeable qualities, of the danger in the power they wielded.  Don't get me wrong, I am certain that both Obama and Romney are more dimensional, less polemical, and generally smarter than the campaign process forces allows them to be.

Still, instead of hearing speech after speech about how the candidates will save our economy, bring peace to our world, "defy gravity," I'd love to see one of those guys bow his head and admit that he is "limited" in the way all true leaders should see themselves--should be.
Posted by Stasia at 9:42 AM 0 comments

Weekend of insanity. Sons 1 & 3 opened in YOU'RE A GOOD MAN CHARLIE BROWN; son 2's team won an important football game; son 4 had a soccer game (not quite a win but a good show).  Parents are visiting. Dog needs a trip to the vet (smells funny). Son 1's schedule also packed with college interviews which require that I IRON SHIRTS (gah!!!!). And everyone always wants to be fed--as if you needed food to LIVE. And...well, you get it. I'm not complaining.  Except... 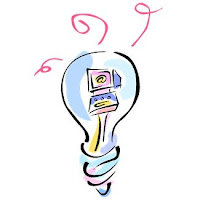 I find that grand inspirations strike me when I am

(a) Driving a kid to some field or stage and cannot take my hands off the wheel
(b) In the shower with a headfull of shampoo
(c) Racing out the door into a building where I must speak, share, or otherwise not write.

I know the old saw, "always carry a journal." And I DO. I also write on the edges of those little brown Starbucks "hot cup holder" thingies. And, if I am driving a kid, I dictate my idea and ask them to text it to me.

Still. I keep waking up thinking TODAY IS THE DAY I GET INTO MY FULL-FLEDGED SERIOUS FALL WRITING ROUTINE. Then, a few hours later, a little voice in my head whispers, "Well, maybe tomorrow."
Posted by Stasia at 12:29 PM 0 comments

Say what you want but...

Amazon Author Central is amazingly quick and responsive to authors.  So cool to see my page updated with soon-to-pub Dear Teen Me! 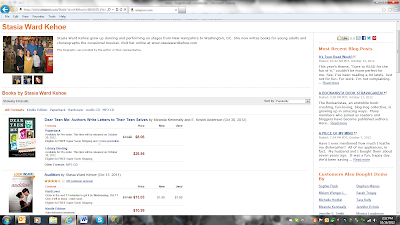 This year's theme, "Dare to READ for the fun of it," couldn't be more perfect for me. See, I've been reading a lot lately. Just not for fun. For work. I'm not complaining. Work is nice. They pay you for it :) But reading only books chosen for me in order of deadlines definitely takes some of the joy out of reading. So, in celebration of Teen Read Week, I'm giving myself a little present: I'm going to read three books in a row from my Goodreads TBR list just because I want to!  Ready, set, here they are:

The Bookanistas, an erstwhile book-crushing, fun-loving, blog-hog collective, is growing up in amazing ways.  Many members who joined as readers and bloggers have become published authors. Here's just a quick recap of awesomeness.

PUBLISHED THIS SUMMER or COMING SOON... 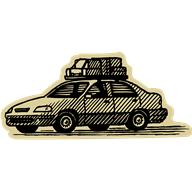 A PIECE OF MY MIND

Have I ever mentioned how much I loathe my dishwasher?  All of my appliances, in fact.  My husband and I bought them about seven years ago.  It was a fun, happy day.  We'd been saving up for them for a few years after buying our house.  We were excited.  (We'd be living without a working oven for awhile!) 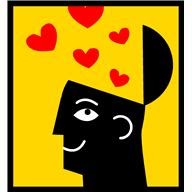 The appliances (I won't mention the brand) were mediocre from the start. But worse than the ice-maker continually clogging and the oven taking centuries to preheat was the little look of sadness that would pass over my husband's face anytime he observed my frustration. Not to wax all melodramatic but my husband is the kind of wonderful, romantic guy who loves to make his wife happy and when anything should happen to frustrate his efforts, it really guts him.

The point of blogging about this? Well, seven years since the "big appliance disappointment," the dishwasher has completely toasted out and we have to buy another one. We've done our research, gone to the stores, and soon a new dishwasher will take up residence in our kitchen.  I'm excited for the new one but honestly I still harbor a little loathing for the one going out the door.  I started fantasizing about going onto one of those consumer ratings websites and blasting the entire brand. Give 'em a piece of my mind, you know? Protect other unsuspecting wives from seeing their husband's woebegone faces when they go out for the big spend and it just doesn't work out but they really can't afford another fix right away.

Then I stopped. First, finding out how to become one of those people-who-rate-things would take time. And was I really doing it to help others or just to exercise my own bile? Because I have the power to give something a crappy score and blow off a little steam? What kind of power is that really? Am I the kind of person who would spend half an hour slamming the rinse cycle of a dishwasher instead of reading to her kid? Or being a role model for griping on the phone to "management" with her teenagers in earshot instead of just sitting down at the table and asking them about their day?

My anger left me. I shuddered at my momentary desire to flex my "consumer power" muscle. I don't complain to my neighbors about their choices in shrubbery or tell my theater friends that I think their blood-sweat-and-tears production came up short. OPINIONS matter. Sure.  They can also do damage and cause pain. I've consoled many a fellow author in mourning over a poor Amazon rating or Kirkus slam. I'm not saying that book reviews are not helpful, valid ways to guide readers to good books.  As an author myself, I choose not to rate books on Goodreads and, in review-type formats, to only comment on what I see as successful elements of a novel.  But the point of this post isn't to revisit the whole "Star Wars" issue. What I am saying is just because one HAS power (in any facet of life) doesn't mean it can only be used in the most obvious of ways.

In sum, when the new dishwasher arrives, not only won't I rate it or rank it online, I'm going to tell my husband I love it. Because my opinion matters most to him. And his happiness matters more than anything else to me.

Portland, Oregon is definitely book country.  I's filled with some of the most amazing writer-reader-blogger people you'll find anywhere on this planet (and possibly other planets, too, who knows?).

This year, Portland is again holding WORDSTOCK (October 11-14).  It's a stunning, sprawly four-day festival during which you can visit publisher exhibitor booths, learn about the craft of writing and the book biz, meet an incredible tribe of wordsmiths including speakers like Kimberly Derting, Martha Brockenbrough, Sara Gundell, Erin Morganstern, Rebecaa Stead and (OMG, nerd crush) David Levithan, and make new friends who won't roll their eyes when you trot out acronyms like PW, YALSA and ALA.

So, if you're anywhere in the PacNW, just get yourself there.  Here's the LINK for info.