QUOTE:
House burned down. Car stolen. Cat exploded. Did 1500 easy words, so all in all it was a pretty good day. -Neil Gaiman
RESOLUTION:
I will keep writing...and burning stuff.
PICTURE:
Because it's pretty! 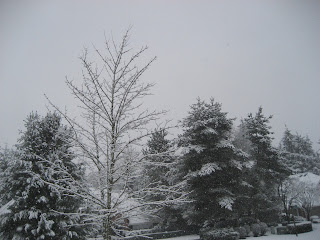 WHY I'M INSPIRED BY… @judymblundell

I understood the word 'swoon'. It felt that way, like 'sweep' and 'moon' and 'woo', all those words smashed together in one word that stood for that feeling, right then.

I couldn’t make the pieces fit in my mind, about what I thought he was and what he did. But I knew I still loved him. I loved all the parts of him, even the ones I didn't understand.

May your day be merry & bright!

Books are cool but behold
my four most miraculous productions! 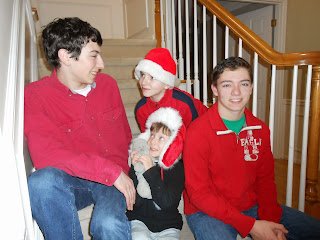 WHY I'M INSPIRED BY… @gayleforman

Letting go. Everyone talks about it like it's the easiest thing. Unfurl your fingers one by one until your hand is open.

-Gayle Forman, Where She Went

Sometimes you can only feel something by its absence. By the empty spaces it leaves behind.

I try to keep my opinions to myself. My blog is supposed to be about the writing life NOT politics and religion. Sometimes I think it's silly to worry about this since I have only 468 followers. As is often noted in social media, I don't really have a platform--a bully pulpit (love that phrase--Wikipedia says it was coined by Teddy Roosevelt)--just the ILLUSION of one. Everyone with a Twitter or Facebook account enjoys this illusion at some level these days. 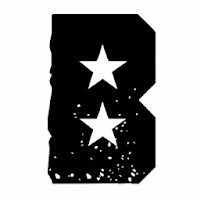 So, why do I maintain a standard for opinion-sharing online? I suppose I haven't wanted to offend even my marginal numbers of blog and Twitter followers, and FB author page "like-rs".

Well, it doesn't matter anymore because today something happened that taught me the limit of my self-imposed restriction. The vice principal at my son's school was told he had to resign (or he'd be fired) because he married a man. Seriously. In the 21st century. I found out because (I am proud to say) my son texted to tell me he was not in class but, instead, protesting the administration's action.

To quote Seuss (THE LORAX) "...I got mad. I got terribly mad." I hopped aboard Twitter and Facebook, worries about offending aside--wry realization that my pulpit is not "bully" but "baby-sized" ignored.

I spoke up. I'm not sorry. And, though your numbers weren't huge, to the people who have replied, retweeted, and joined me in speaking up: Thank you.

Maybe a bunch of "baby pulpits" joined together can make a bully difference!
Posted by Stasia at 3:10 PM 0 comments

Pop on over to BREAKING THE SPINE for more Waiting on Wednesday book coveting fun! But first, here's my WoW! In the interest of full disclosure, I will tell you that Carrie is a friend. HOWEVER, that's not why I'm WoW-ing this book. The WoW is because I cannot wait to adore another one of her rollicking, hilarious, intense tales that packs power into puns and heart into what at first seems just humorous. Also, she writes about zombies and demons and stuff. Which is totally cool. I full intend to beg her for an arc. I mean B.E.G. !!!! 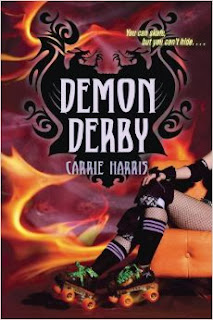 From Amazon..."She survived cancer, but can she fight demon derby girls? Set in the world of roller derby, the new novel from Carrie Harris, author of Bad Taste in Boys and Bad Hair Day, is perfect for Buffy the Vampire Slayer fans.A knockout new read for anyone facing their own demons, inside or out."

DEMON DERBY
by Carrie Harris
Posted by Stasia at 4:06 AM 0 comments

WHY I'M INSPIRED BY… @LaurenMyracle

You should be out stirring up trouble with your friends, not bothering with all them books you read. You know it's them books what make you talk funny.


I didn't like being alone. Being alone was slightly better than having to deal with people,  that's all. Or so I'd convinced myself.

An inspired holiday gift for writer-people! 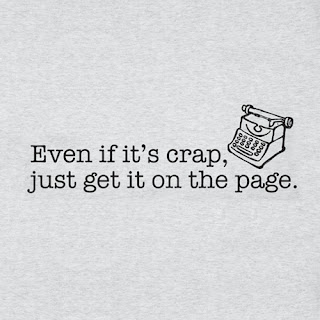 Could you want a better t-shirt? It's in the Signals catalog of awesome!

THE SOUND OF LETTING GO reviews are coming in... (Hint: There's a star!)

As if holiday shopping weren't stressful enough, having a book that pubs in February means December is also review time. Happily, I have a "star" to decorate my book. THANKS, PW! 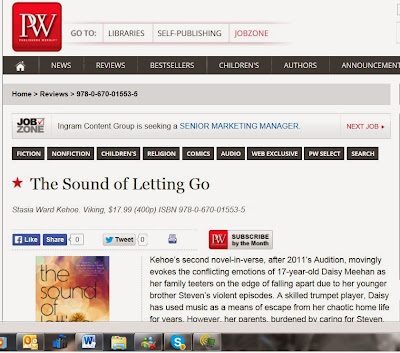 Kirkus also had some sugar for TSoLG (though no tree-topper!), calling it "An intriguing medley of music, teen romance, high school life and serious family issues."

And, as I think I may have already tweeted, TSoLG is a Junior Library Guild selection.

So, yeah, I'm feeling quite cheery.
Posted by Stasia at 9:06 AM 3 comments

I had the fantastic luck to read an early version of this rip-roaring steampunk romp and I enjoyed every minute. Carrie has a one-of-a-kind imagination and when she unleashes it on the page, you are in for a treat.  Zombies or no zombies (that's a little inside joke for you Carrie fans out there!). 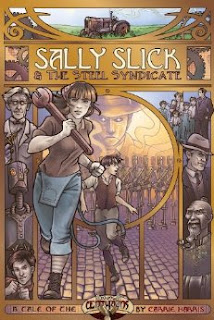 Go say "hi" to Carrie at her website or, better still, BUY HER NEW BOOK -- or all of her books! Click, click! AMAZON  INDIEBOUND
Posted by Stasia at 4:06 AM 0 comments

WHY I'M INSPIRED BY… @EllenHopkinsYA


And I hate how that feels.


Because love is an invention 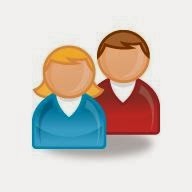 My current w-I-p is the only the second time I've used a male protagonist. (The first time was a (rightfully) never-published fantasy featuring an anthropomorphic tweenage rat-like character so, yeah.) The voice came to me quite clearly. It is supported daily by living in a house with three teenage boys (and their friends). Still, it is scary crossing the gender line. I feel like I need to use extra caution. I am deleting and changing more lines because they don't feel "boy" than I tend to do when I write girls. I feel a strong sense of obligation to do this correctly so that the final product doesn't feel like an abstract, non-gendered narrator but truly like a guy. (I won't cite any specific works here but I have read several novels in which I get this sense of "stock" character and not rich, specific masculine individual.)

Sometimes, when I feel extra terrified by the task upon which I have embarked, it is helpful to see that it can and has been done before. This Publisher's Weekly article has a list of adult titles of this type. Looking over my own reading list for examples, I invite you to read Kendare Blake's fantastic ANNA DRESSED IN BLOOD, Megan Whalen Turner's THE THIEF, Melina Marichetta's THE PIPER'S SON, Philip Pullman's delightful Sally Lockhart mysteries and, of course, John Green's Hazel in THE FAULT IN OUR STARS for a start. This list of male protagonists from The Faculty Lounge includes a few other women who have risen to the gender challenge work (um, J K Rowling!).

Have you tried writing across gender lines? Do you have another title to add to my reading list? Do you think this type of writing requires more care and, if so, what kind of care?

Thanks in advance for your advice!
Posted by Stasia at 4:06 AM 5 comments 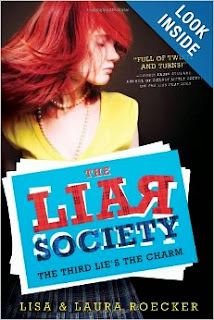 LOVE Lisa & Laura Roecker! LOVE The Liar Society!
This book is a MUST for my shelves!

Lisa Schroeder, an amazing, talented writer of poetry and prose,
has crafted a heart-wrenchingly poignant read about love and words
so, go get your paperback edition!

Email ThisBlogThis!Share to TwitterShare to FacebookShare to Pinterest
Labels: book birthdays, Falling for You, Lisa and Laura Roecker, Lisa Schroeder, The Liar Society

WHY I'M INSPIRED BY… @DessenSarah

There comes a time in every life when the world gets quiet and the only thing left is your own heart. So you'd better learn the sound of it. Otherwise you'll never understand what it's saying.