WELCOME TO THE 2014 YA CONTEMPORARY SCAVENGER HUNT!
If you're so inclined (or want a free copy of THE SOUND OF LETTING GO), pop on over to Jenny Hubbard's site to read my thoughts about murky line between fiction and nonfiction. Meanwhile, I'm thrilled to be hosting the delightful Angie Stanton to get the "Scavenger Scoop" on her new novel, ROYALLY LOST, including some personal "facts" that find their way into her amazing books. And, if you want to win a copy of Angie's book, just leave a message in the comments below (North America only)!

WotS: Royally Lost is set in Europe. Have you been to Europe?
ANGIE STANTON: Yes! In fact, I took the exact trip that Becca takes including the side trip to Prague. Most everything in the book I saw first hand. Except the chapter where they swim in their underwear.

WotS: Describe Royally Lost in 10 words or less.
AS: American girl, dashing prince, on the run from the world. (That was hard!)

WotS: How has the writing process changed for you between writing your first novel and your most recent one?
AS: I’m much more organized and do more research Writing is no longer a hobby, writing is my life. I can finish a book much faster than when I started.

WotS: Is there any other genre that you'd ever consider writing in?
AS: Time travel. I’m not sure what genre that would be.

WotS: What do you like to do when you're not reading or writing?
AS: I’m a reality TV show junkie. I love Survivor, Amazing Race, Dancing with the Stars, American Idol. My DVR is busy.

About Royally Lost...Dragged on a family trip to Europe’s ancient cities, Becca wants nothing more than to go home. Trapped with her emotionally distant father, over-eager stepmother, and a brother who only wants to hook up with European hotties, Becca is miserable. Then she meets Nikolai.

Nikolai has everything a guy could ask for--he's crown prince, heir to the throne, and girls adore him. But the one thing he doesn't have...is freedom. Staging a coup, he flees his kingdom and goes undercover on his own European tour.

When Nikolai and Becca meet, it’s their differences that draw them together. Sparks fly as they share a whirlwind of adventures, all the while dodging his royal guard. But Becca's family vacation ends in a matter of days. Will Nikolai and Becca be forced to say goodbye, will his destiny catch up to him, or will they change history forever?

About the Author... Angie Stanton never planned on writing books, she wanted to be a Rockette. However, growing up in a rural setting with her brothers' 4-H pigs as pets, dance didn't work out. Instead she became an avid daydreamer. After years of perfecting stories in her head she began to write them down and the rest is history.

BUILDING MY OCTOBER READING LIST WITH SOME PSYCHIC STORIES Just in time for Halloween, I'm adding this to my TBR because a friend told me I'd love it if I was a fan of Laini Taylor (um, yeah!). In INVISIBLE, the second in Dawn Metcalf's Twixt series, mc Joy Malone must decide whether having the power of The Sight comes at too high a cost for everyone she holds dear. The novel has been described as both "romantic" and "creepy" and that sounds intriguing and awesome to me! If you want to learn more, I'm sure Dawn would love to hear from you @dawnmetcalf on Twitter! 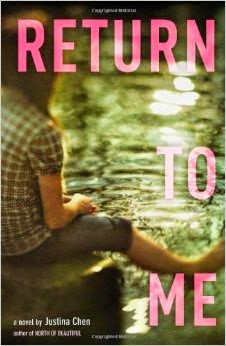 And I'm looking forward to finishing this one while sitting by the fire this rainy weekend. Family issues, a hot boyfriend, the fascinating art of architecture and mc Rebecca's psychic ability (a perilous gift shared by the women of her family) have made for a great start. Have you read RETURN TO ME? Do you love tree houses and authors who write about them? Then you'll want to Twitter follow @JustinaYChen

Since I'm absolutely mired in revisions on one manuscript and trying something new (a mystery) via research/long proposal/outline, I decided to be naughty and, you know, check my Amazon stats (gah!) and Google search myself. Oh, come on, admit it, you've done it once or twice!

Anyhow, I came across these lovelies to brighten my super-stressed-out Thursday night. Thanks to...

READER WRITER CRITIC
“Daisy was…quite possibly the most realistic, normal and most understandable/relatable character's I've read in a long time.”  ...and...
YA BOOKS AND MORE  "Kehoe writes about this emotional stage of life from all perspectives while being able to fluidly create a centrifugal force that isn't Steven, but is Daisy's life, before, during and after. This is a novel unlike any other and one that should be on YA shelves." 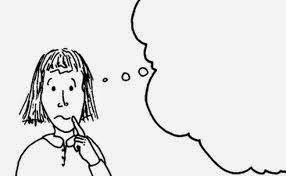 One of the oddest parts of the "author" job is writing content designed to SHARE the books you've already written. At this moment, I'm writing a presentation for a school visit, a guest feature for a blogger event, a proposal to present at a conference and, er, this post.

So here I sit, wracking my brain for funny, punny, insightful and intellectual turns of phrase, hoping my efforts will keep my latest novel above Amazon dumpster-rankings and maybe yield a paperback edition (or at least sales figures sufficient to keep me in the business).  Meanwhile my w-i-p and shiny-new-idea sit, forlorn, in unopened files AND my agent keeps asking when she'll see the new book.