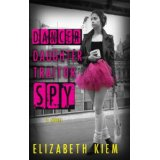 Plot without spoilers...Rising Bolshoi Ballet star Marina's life is thrown into turmoil when her mother, prima ballerina Sveta, disappears. Believing she is being held captive by the Russian government because she knows military secrets, Marina and her father fear that they, too, are in danger. They gather false documentation and flee to New York. There, Marina struggles to make a new life, gaining admission to the prestigious Julliard School and making friends with the mysterious Ben Frame. Her father scrambles to make a life and earn an income, while trying to figure out a way to rescue Sveta. Past, present, future. Old life, new life. Memories and dreams. Marina struggles to make sense of all of these as she dances through her new world.

Of literary interest...There's some great language in this novel. A few gems...

"It was a cold afternoon, late in the day, clouds overhead like shifting bruises." (p. 77)
"I would like to appear at the party precisely as I see myself in the unlit theater of my windowpane. Silent, graceful, but ultimately not there." (p. 89)
"In Russian, any foreigner is a foreigner and the foreigner and collectively foreign all at the same time. But in America, even foreigners can be individuals. And can make albums that are on the Top Ten charts." (p. 107)

Finally, just gotta say...I'll pretty much pick up any book with a tutu on the cover--that's how this one caught my eye. What I loved once I cracked the cover was how ballet was used as a metaphor but the story was actually one of mystery, Cold War history, with light overtones of psychological thriller. And the very Russian feel of the novel--from its structure to its book design to its language "accents" made it a unique and compelling addition to the "ballet book" genre. 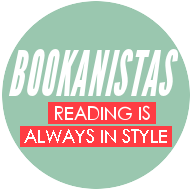 Lenore Appelhans is bewitched by CHARM AND STRANGE by Stephanie Kuehn
Shelli Johannes-Wells  gives cover love to FAKING NORMAL
Elana Johnson and Nikki Katz adore THIS IS W.A.R. by Lisa & Laura Roecker
Gretchen McNeil  is wowed by THE WIG IN THE WINDOW by Kristen Kittscher
Katy Upperman praises WORST CASE OF PASKETTI-ITIS by Kris Asselin
Posted by Stasia at 1:22 PM

Email ThisBlogThis!Share to TwitterShare to FacebookShare to Pinterest
Labels: Bookanistas, ya fiction

This one sounds compelling, and different. Thanks for the review!