These days lots of writers share playlists--collections of songs that inspired their novels, helped them develop characters, etc.  I have such a roster of tunes for THE SOUND OF LETTING GO. As a forty-something, I like a lot of songs teen readers that may be unfamiliar to teen readers. Luckily, I am also the mom of two teenagers and, as such, have been exposed to a lot of great post-millennium bands and tunes. So my playlists are a bit of a mix of "vintage" and new stuff. 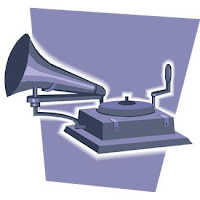 Today, though, I want to talk about a cool writing exercise I have discovered. Instead of finding
music to reflect the thoughts and moods of a character, I listen to the tracks my sixteen-year-old plays when I pick him up from school. They speak a lot to his mood and current concerns. And I build in my head a story about a character living out the same playlist he is choosing.

Give it a try: Ask a teenager to give you a list of three to five songs to play. Write the story those songs sing to you.

For me, it can be very freeing to not have to find the songs to fit into some character box, but instead to build the box that could hold songs you did not choose.

Lemme know how it goes for you.
Posted by Stasia at 4:06 AM