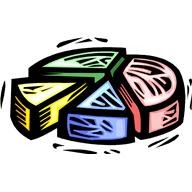 In 2011, after almost two decades working in educational marketing for trade publishers, I moved to the "other side" as a debut author.  I also launched a group book tour project called Stages on Pages. While I benefitted from my experience supporting other authors' books, the learning curve was still steep. I want to share what I've learned in hopes that this helps other authors, as well as librarians and educators interested in working with authors.  Here's the first post if you want to catch up.  Today, I'm sharing some data from my informal survey on bookstore events (it's still open, so if you want to contribute (as a reader or writer) I'd BE THRILLED--just go here).

RESPONDENTS WERE: 75% YA authors; 25% MG an/dor picture book authors and,
OF THESE, 75% were debut authors and 25% multi-title and/or multi-genre authors (different breakdown)


Approximately 90% of respondents cited their launch or similar (e.g., hometown publishing celebration, etc.) as their most successful signing event, generally with turnouts around the 50 mark (1 author had over 100).

The most successful events respondents attended as audience members, were signings by Ellen Hopkins, Rick Riordan, Brandon Mull, and other authors with established careers and multiple titles on the shelves.

In terms of authors' opinion of what qualifies as "GOOD ATTENDANCE" for an event, the numbers divided evenly between 15-25 and 25-50. One anonymous respondent (not incorporated in stats) felt 5 people was a good showing for a newbie author. Sadly, over 60% of respondents have been to 2-3  bookstore events with fewer than 3 attendees.

75% of authors said BOOKSTORE EVENT ATTENDEES were primarily local friends and family.  Two respondents added that some blog and twitter followers also came. ONE author cited bookstore outreach & publicity as the main way attendees were drawn to an event (more on this later).

FACEBOOK INVITATIONS were the #1 vehicle for publicizing bookstore events, though some authors also used Twitter and/or personal emails/newsletters. Most authors expressed uncertainty as to a truly effective method for spreading the word.

Many authors commented that, to a greater or lesser degree, they felt a responsibility for bringing in attendees for their events...
...an author has different marketing outlets than a bookstore. The author needs to do everything she can to promote the event. It's a lot of work, but is often the difference between 5 people showing up and 50. -- Beth Revis (ACROSS THE UNIVERSE and the upcoming A MILLION SUNS)

I think that bookstore signings CAN be successful, but I also think that you've got to put work into them if you want that to happen. The bodies aren't just going to show up (unless you're Ellen Freaking Hopkins). If I'm going to sign up for a bookstore event, I'm also committing to help get the word out. Good bookstores will do their part, but it's my event and (hopefully) my royalties, so it only makes sense for me to put some work in too. -- Carrie Harris (BAD TASTE IN BOYS and the upcoming BAD HAIR DAY)
So, do you agree with the statistics? Have something to add or another question to ask?  Next week, I'll post on some ways I think this data can be interpreted or used--and I'm happy to incorporate suggestions you leave in the comments, too.  Let's get thinking about this!