On creativity and marketing "mash-ups" 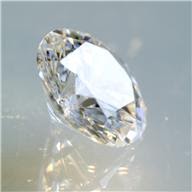 It's almost summer and trailers for blockbusters are flooding the shores of promotional beaches.  Two that recently caught my attention: THE RAVEN and ABRAHAM LINCOLN, VAMPIRE HUNTER. Two icons of literature and history reimagined as forms of sleuths. Still, both movies testify to our culture's (at least the producers of our culture's) reliance on historically recognizable "brands" (yes, I'm calling our former president a brand) to fill movie seats--to yield success.

I know there's nothing truly new under the sun.  At its core, even a new novel tells an "old" story about love or sacrifice or greed--something from those seven deadly topics.  In the writing biz, we pitch in shorthand.  (e.g., you tell your agent your book is HUNGER GAMES meets PRIDE AND PREJUDICE).  Recent Suzanne Collins juggernaut aside, sometimes it saddens me how MUCH film entertainment simply revisits the past and how little really reaches forward to create new worlds, new heroes.  Collins herself cites mythology as one of her inspirations for the trilogy yet her society and characters feel fresh and her social commentary is challenging. The most amazing thing, I think, about Collins and other new-branders, Rowling & Meyers, is that their books were not made into films called SHAKESPEARE'S TWILIGHT or HARRY POTTER VS BATMAN.

GLEE may have popularized the "mash-up" song presentation style, but I'm not sure I dig it for movies. Especially when it feels like all that was done was to take one of those editorial meeting pairings like STAR WARS meets NANCY DREW and put it on the screen, keeping recognizable elements of the titles, while spending insufficient time exploring the validity of the combination to create a work of any cinematic merit beyond special effects.

I'm not saying there isn't room for those quippy AVENGERS (yeah, I liked it!) on movie screens this summer. This isn't a call to action, just a rant.  And a hope. For more films that are a little daring.  A little  less familiar. Even just a little new.
Posted by Stasia at 4:06 AM

I think I would totally read a P and P/Hunger Games mash-up! hahaha!

But I get what you are saying.