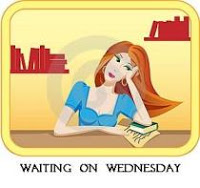 Waiting on Wednesday is a great meme hosted by BREAKING THE SPINE. It's a great way to find new reads and bloggers who like books in your genre. I've been getting my feet wet with WoWs for awhile and having lots of fun.

My WoW this week is going to require a long wait. Maybe it's more of a "congrats and look out for this one next year." Anyhow, my esteemed former critique group colleague, Conrad Wesselhoeft's second book is due out from Houghton Mifflin Harcourt next year. I've read parts of this manuscript and the writing is A++++. Conrad is a writer's writer--the kind of guy who crafts sentences so amazing you almost want to sing them. I am beyond thrilled that HMH will be putting these awesome pages between covers in 2014. Here's the announcement from PM...


World rights to ADIOS, NIRVANA author Conrad Wesselhoeft's DRONE PILOT, in which a dirt-bike-riding daredevil catches the eye of the U.S. military with his 1st-place ranking on a drone warfare video game, and must reconcile the work they want him to do with the lingering brokenness of his own violence-touched family, again to Kate O'Sullivan at Houghton Mifflin Harcourt Children's, by Erin Murphy of Erin Murphy Literary Agency.

Go meet Conrad at his website. Or, better still, pick up a copy of his gorgeous debut novel, ADIOS  NIRVANA here.

Email ThisBlogThis!Share to TwitterShare to FacebookShare to Pinterest
Labels: Waiting on Wednesday